If you’re going to grow into a human being you’re going to have some values... Honesty, straight talk, integrity, sacrifice, humility and hard work would describe this maker. Meet Skyler Kuhn s... 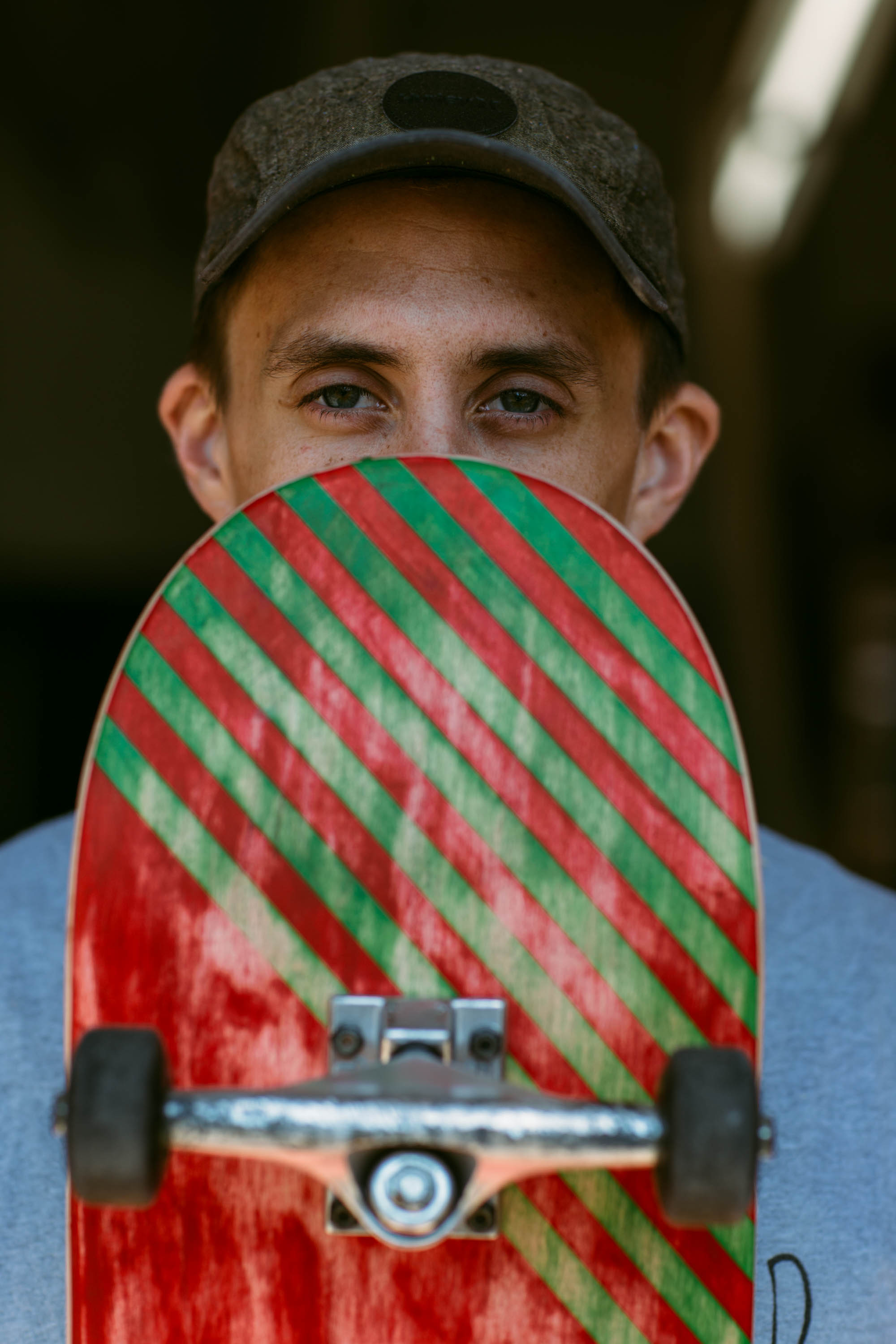 If you’re going to grow into a human being you’re going to have some values… Honesty, straight talk, integrity, sacrifice, humility and hard work would describe this maker.

Meet Skyler Kuhn skater, craftsman, and owner of Distraught Skateboards.  He’s a HUMBLE and HARD WORKING guy who works what needs to be done.  On February 2017 Skyler Kuhn started making skateboards and just by getting started he was able to discover things he would never have learned if he would have delayed his start.  I’ve met people who talk about their passion but watching Skyler live his passion is motivating. 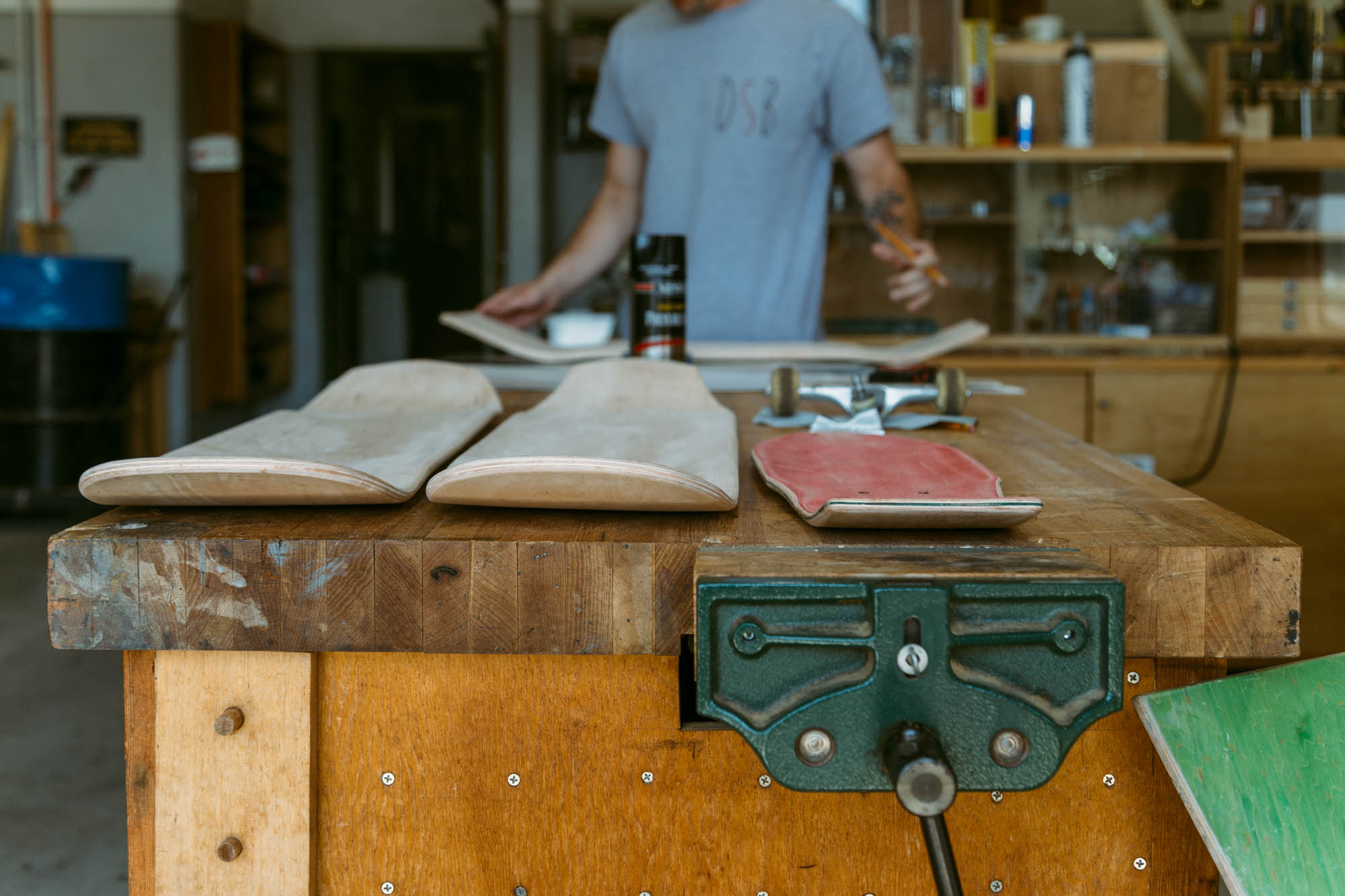 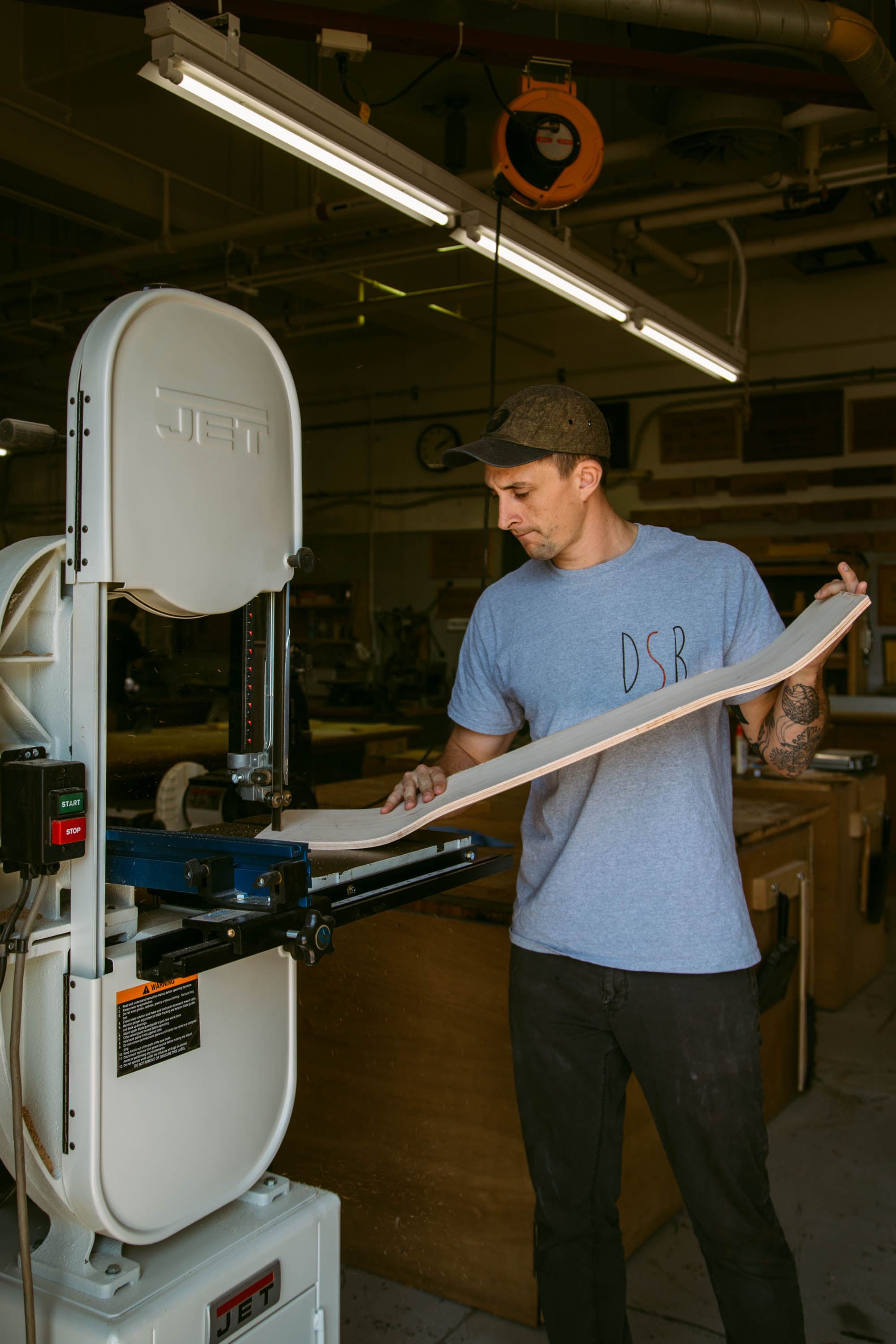 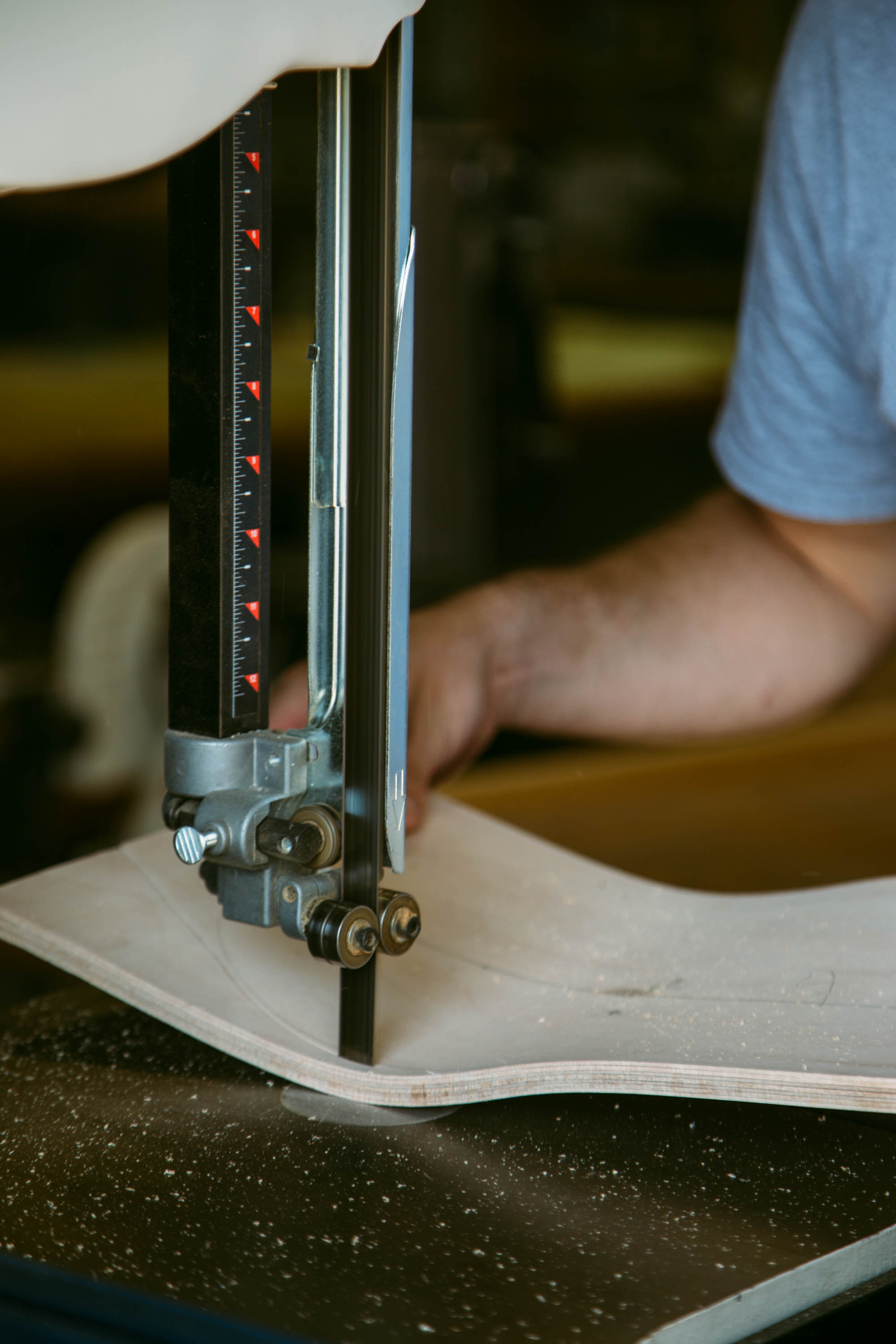 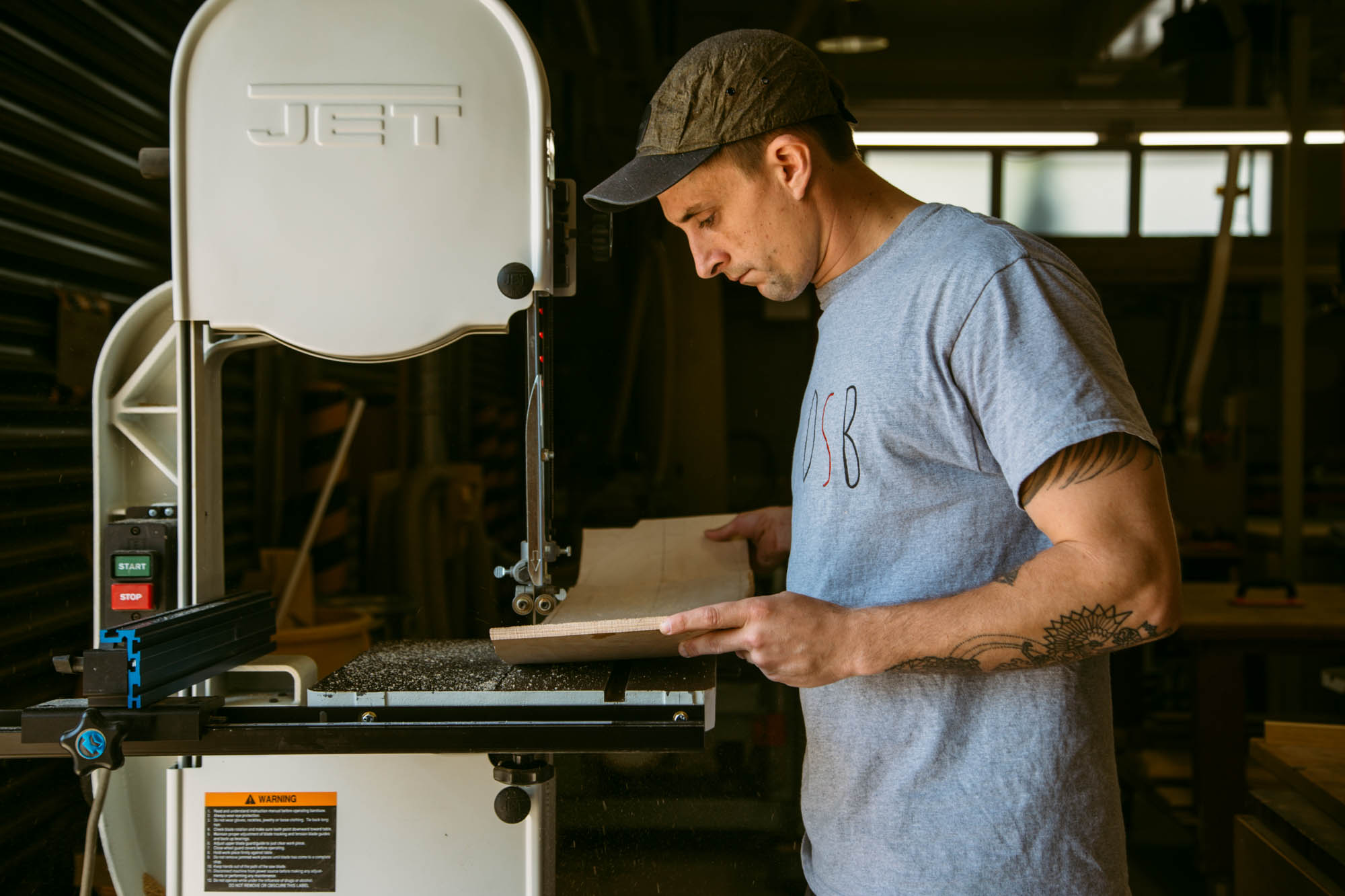 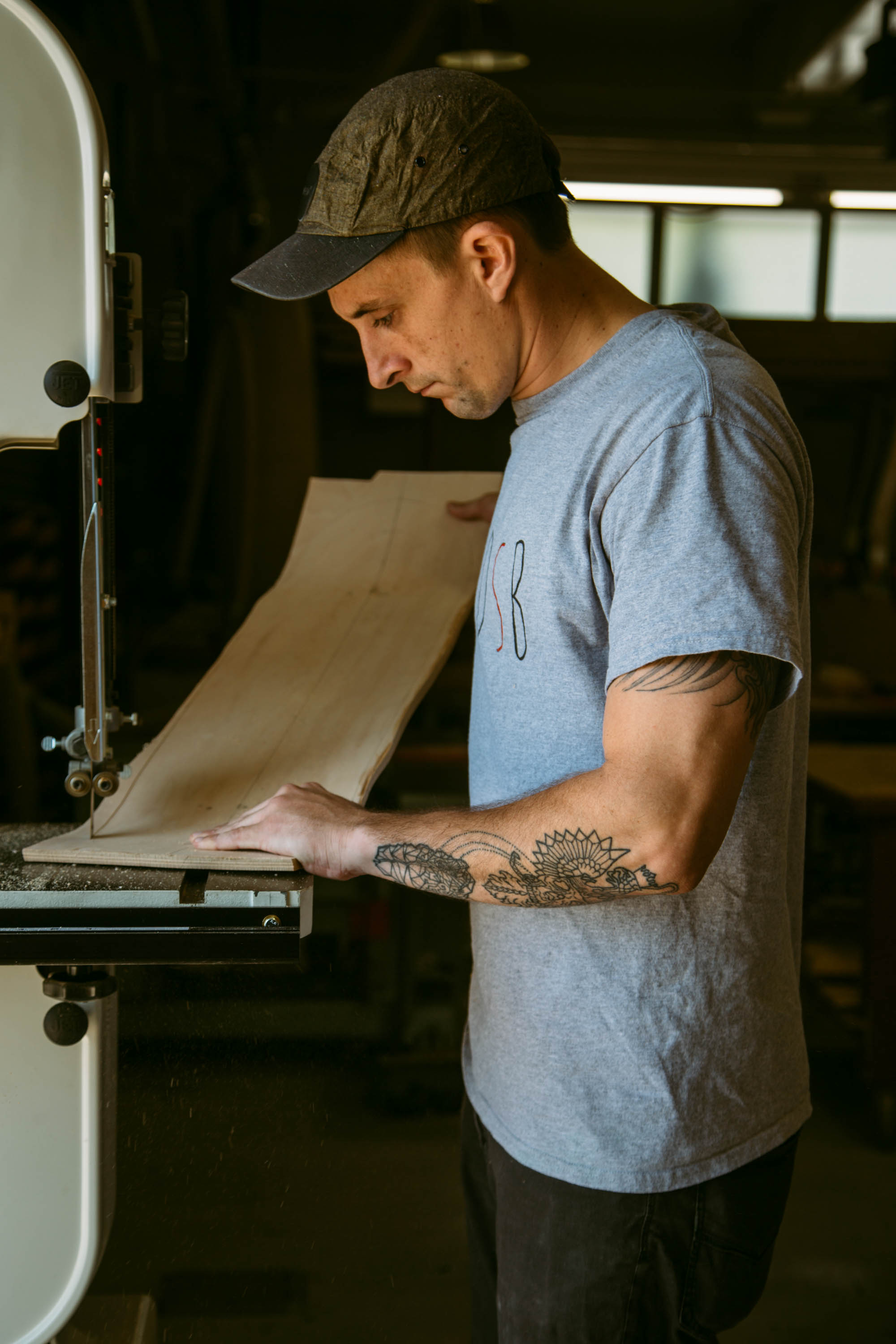 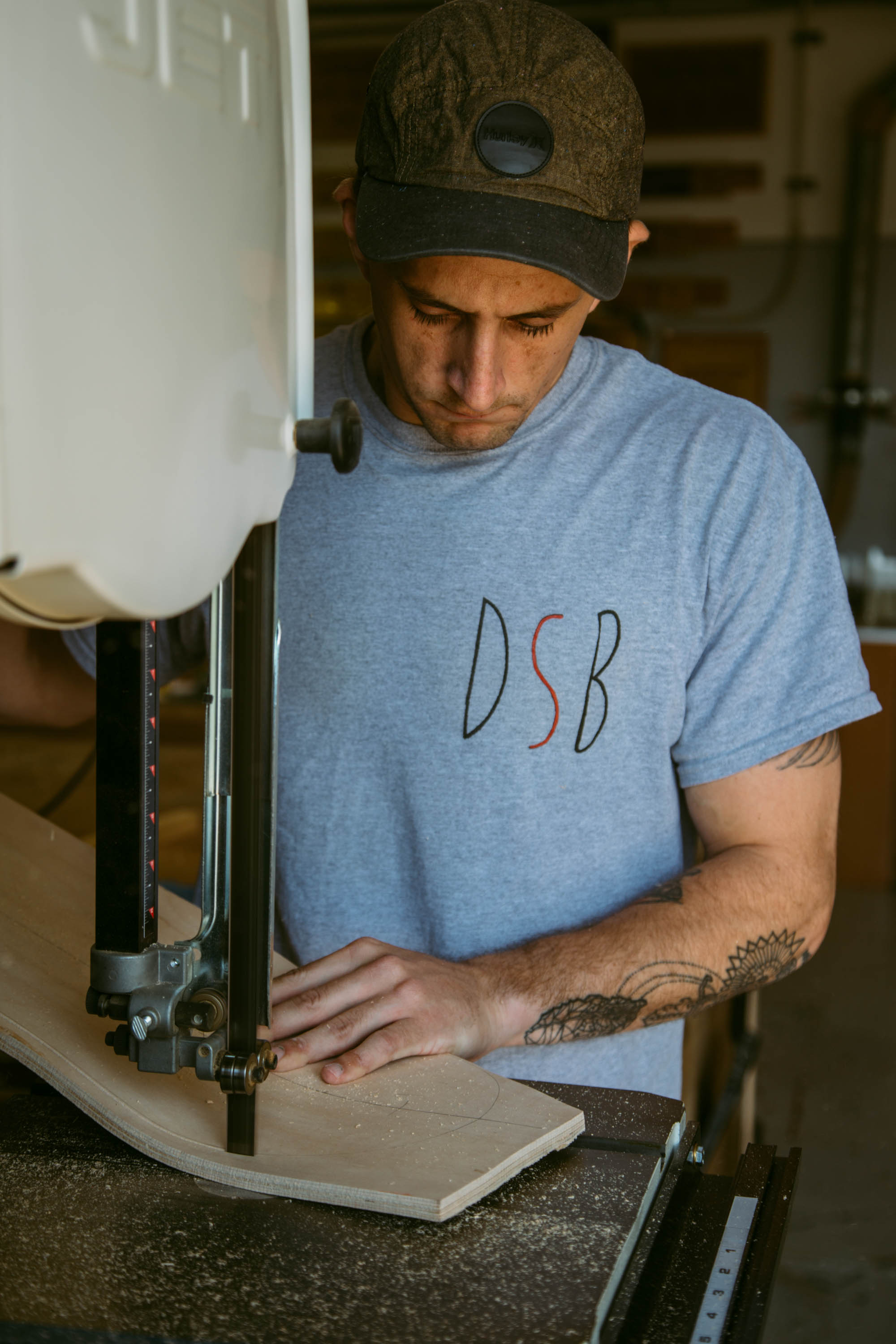 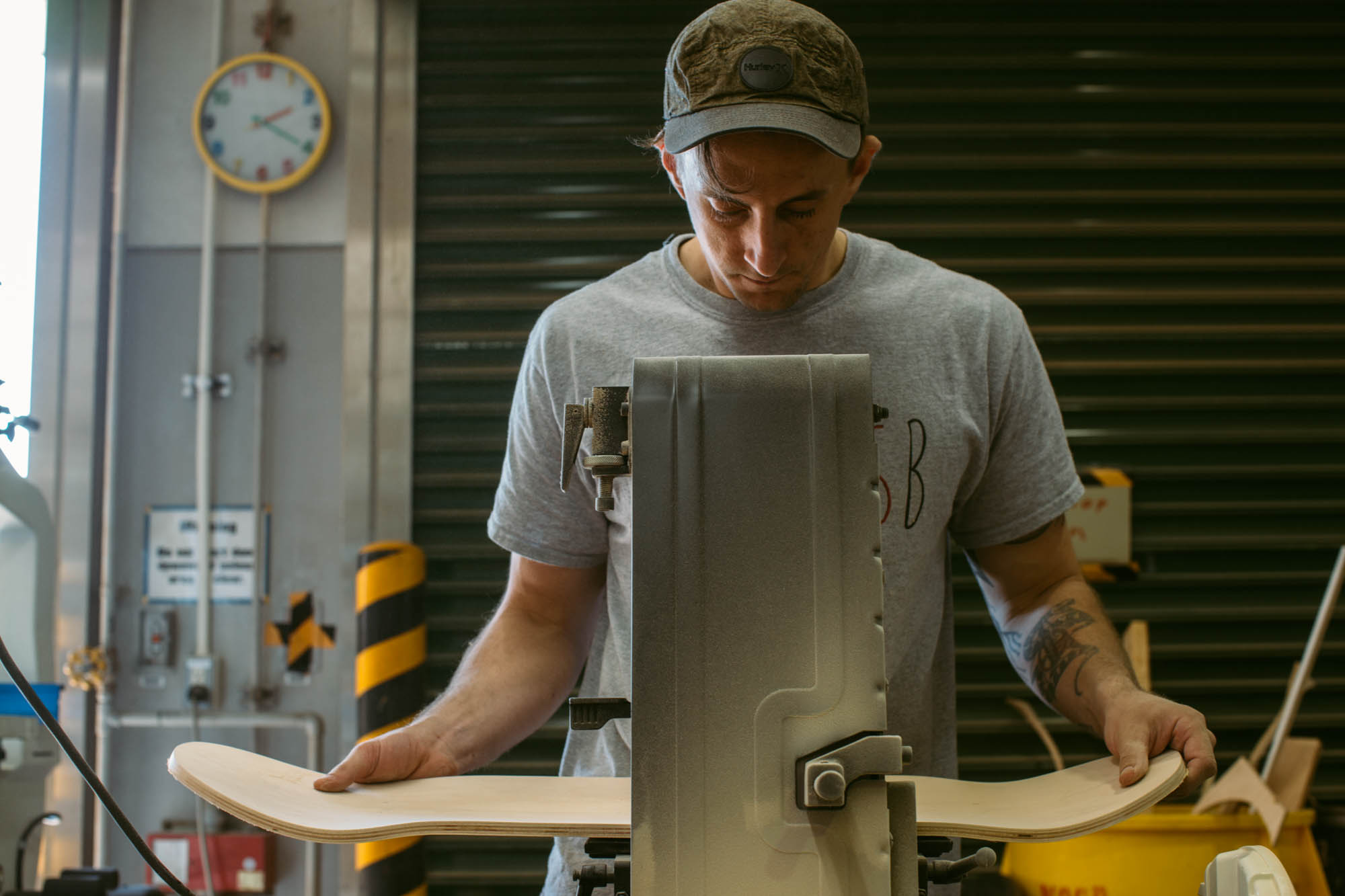 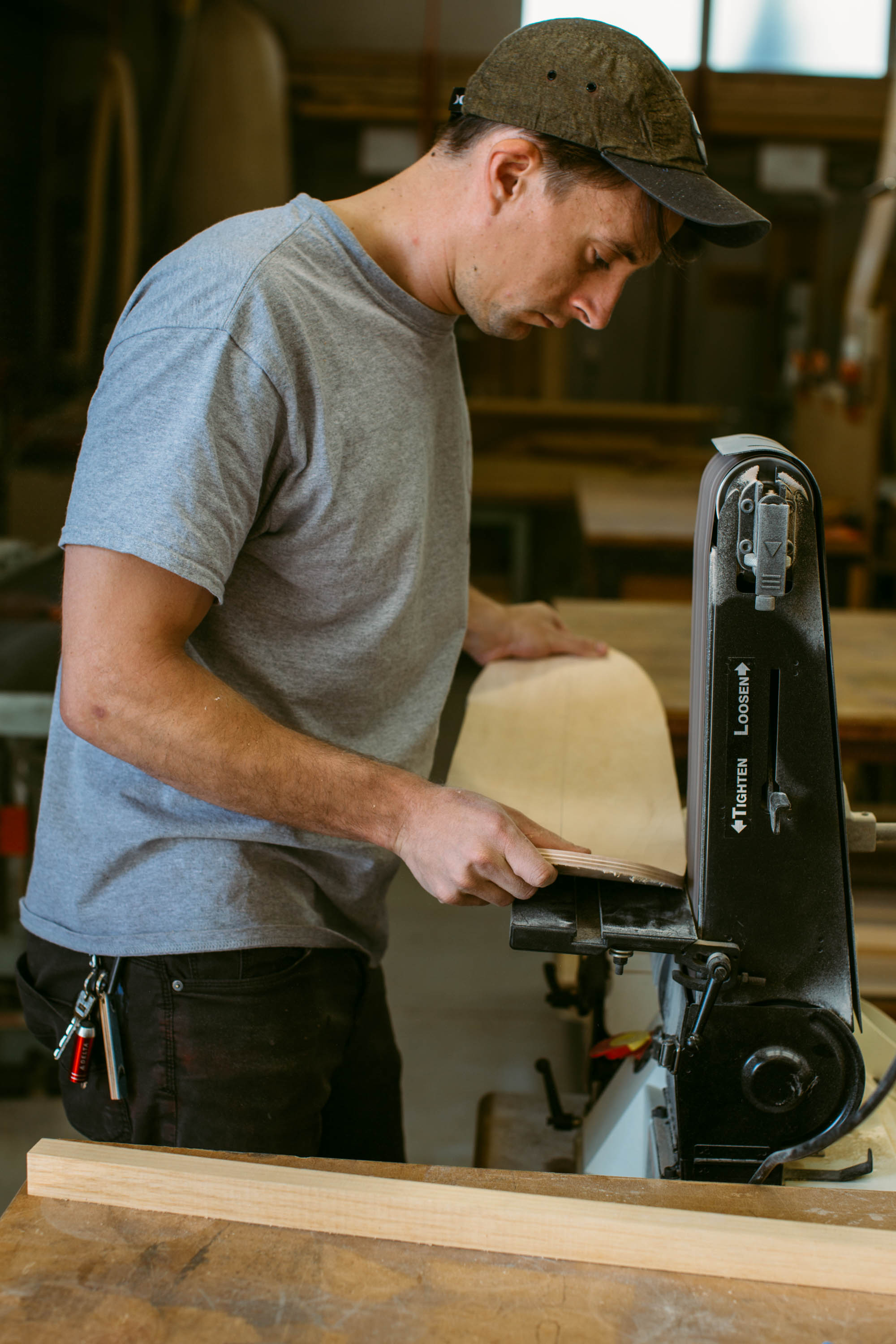 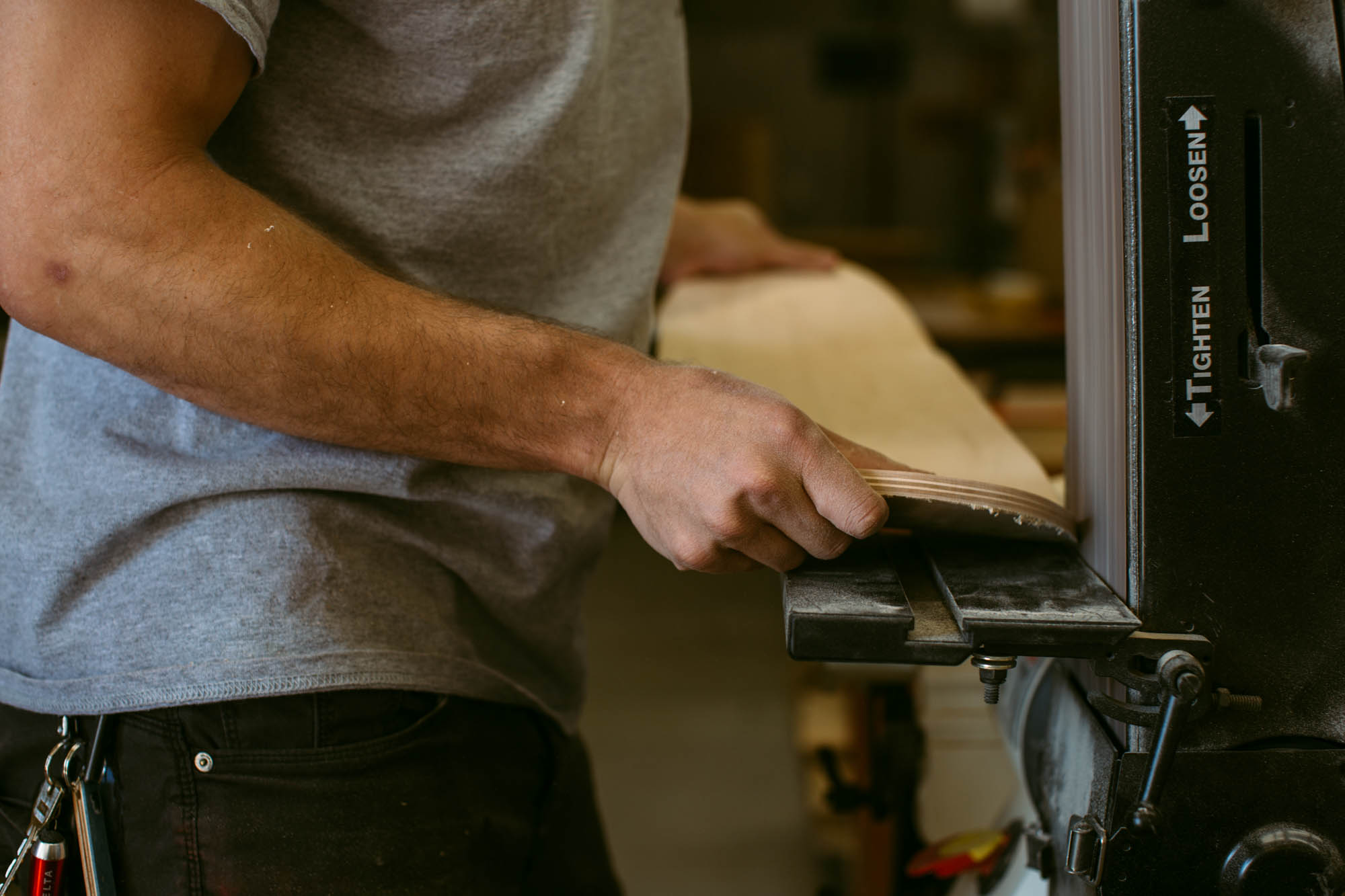 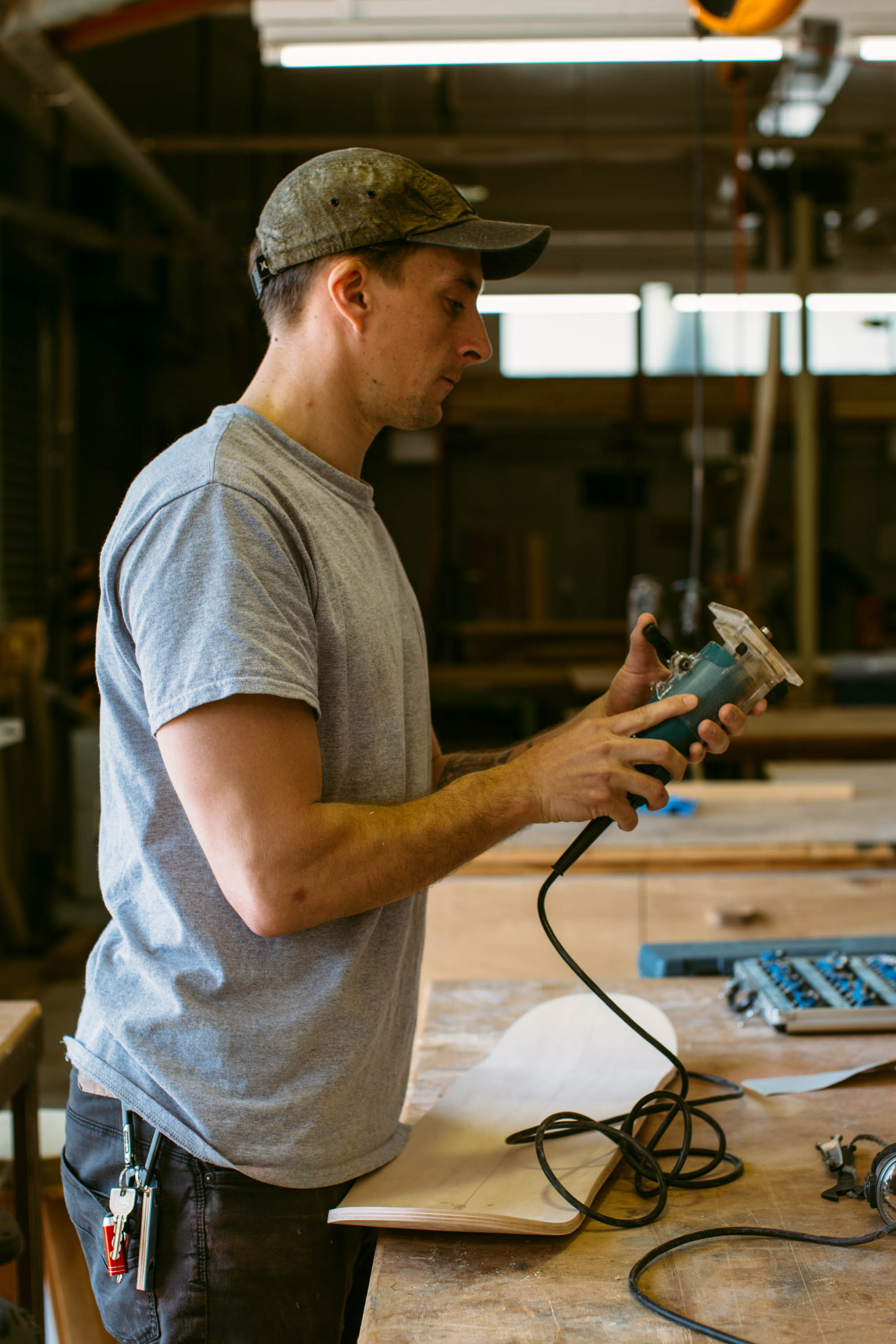 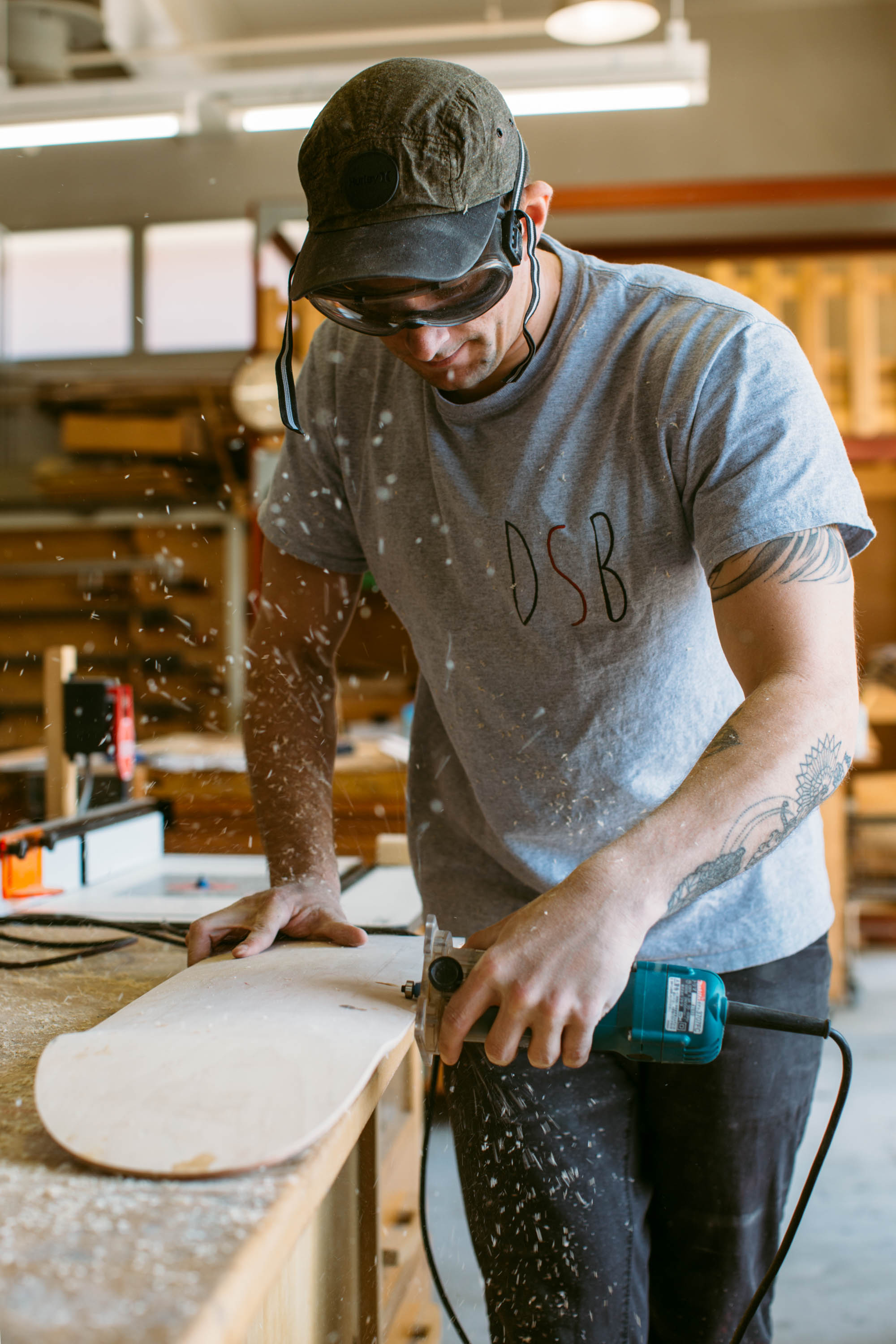 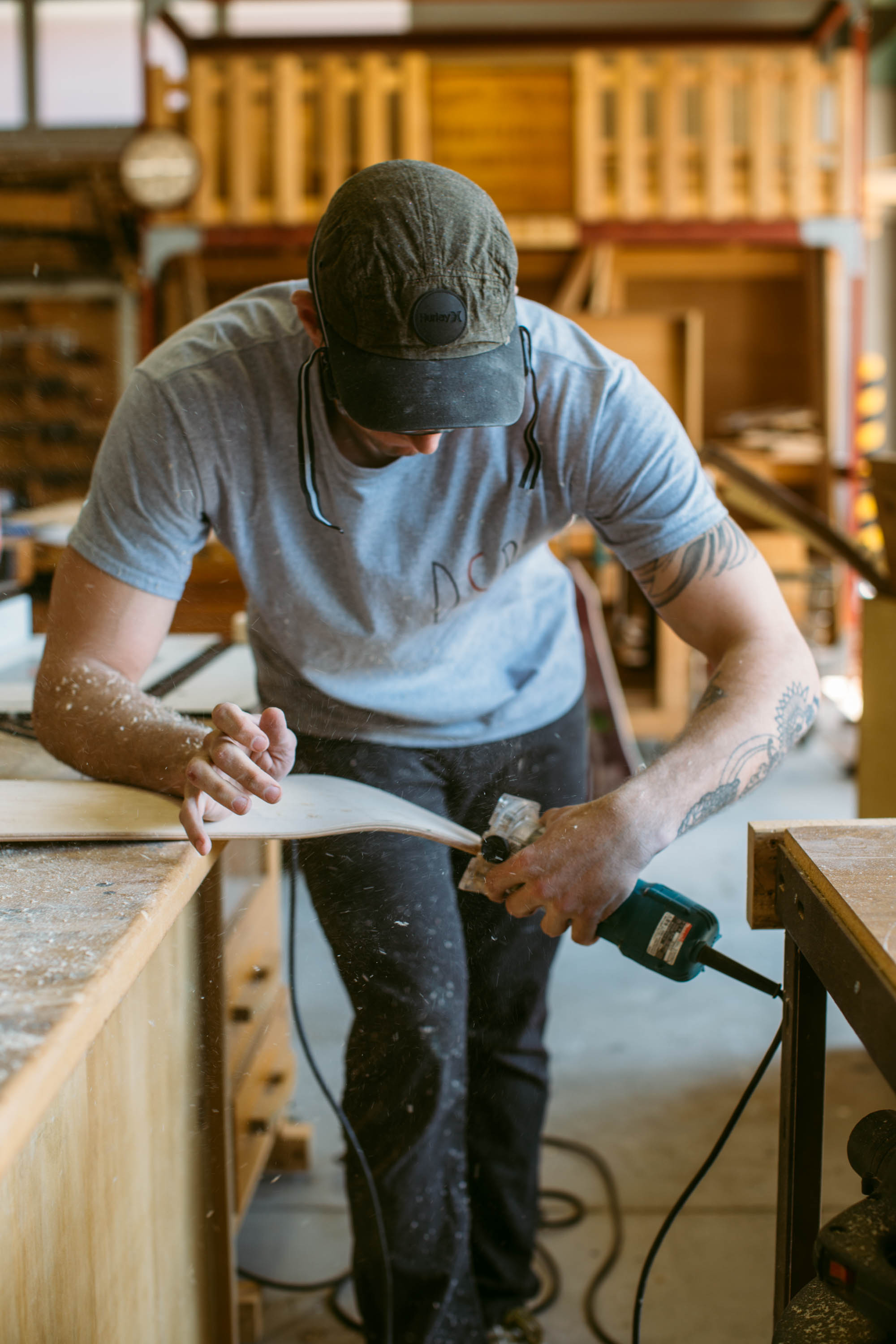 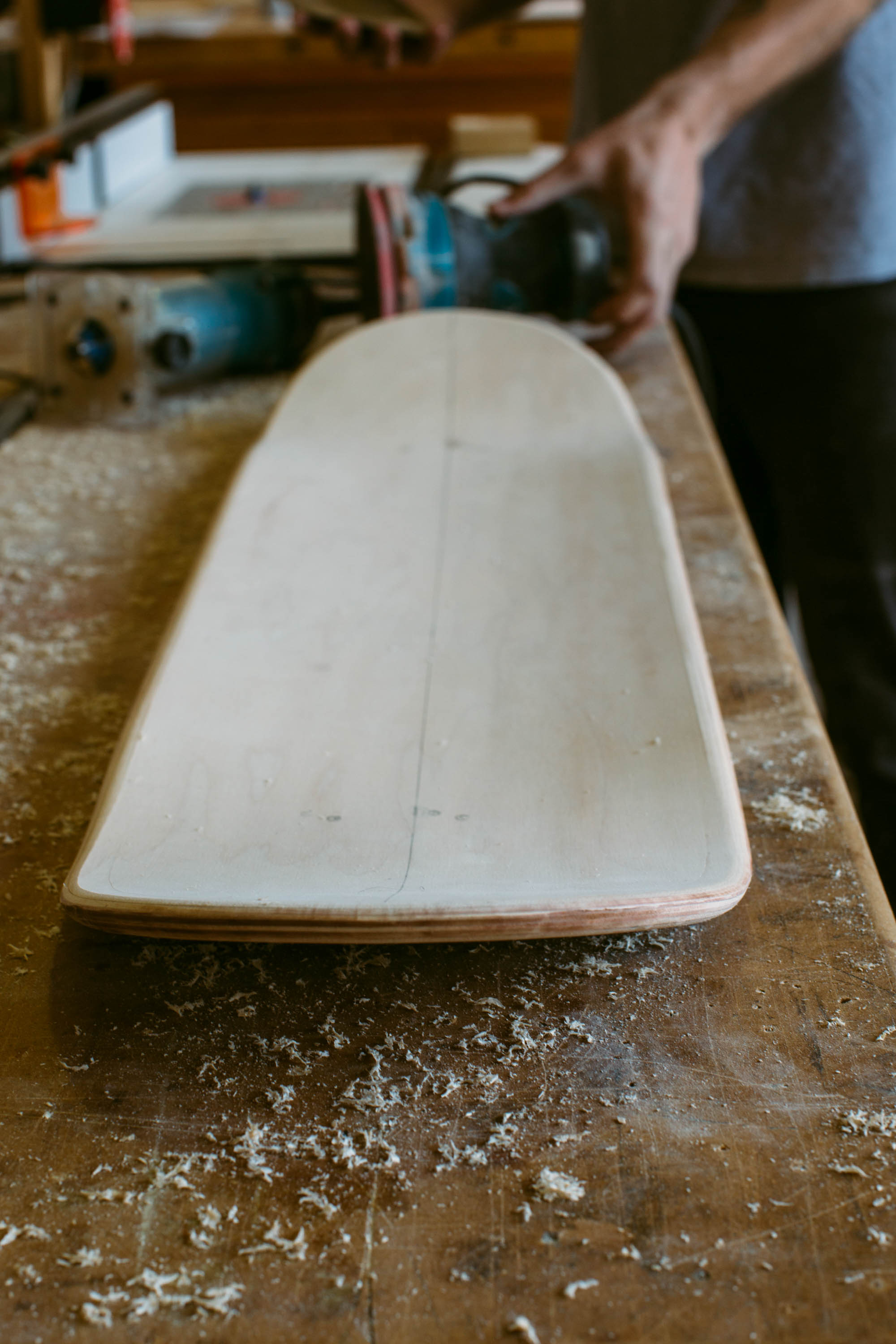 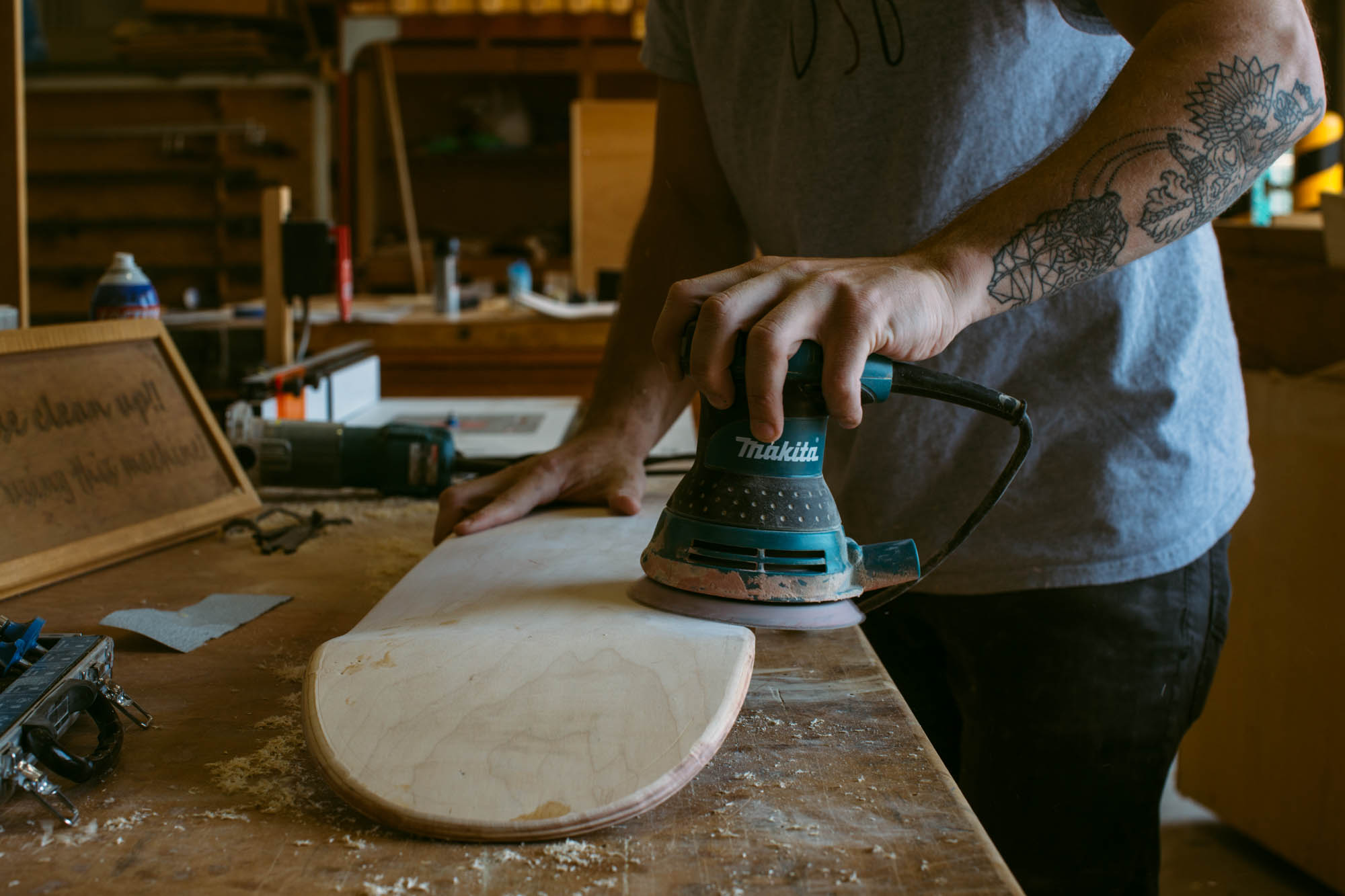 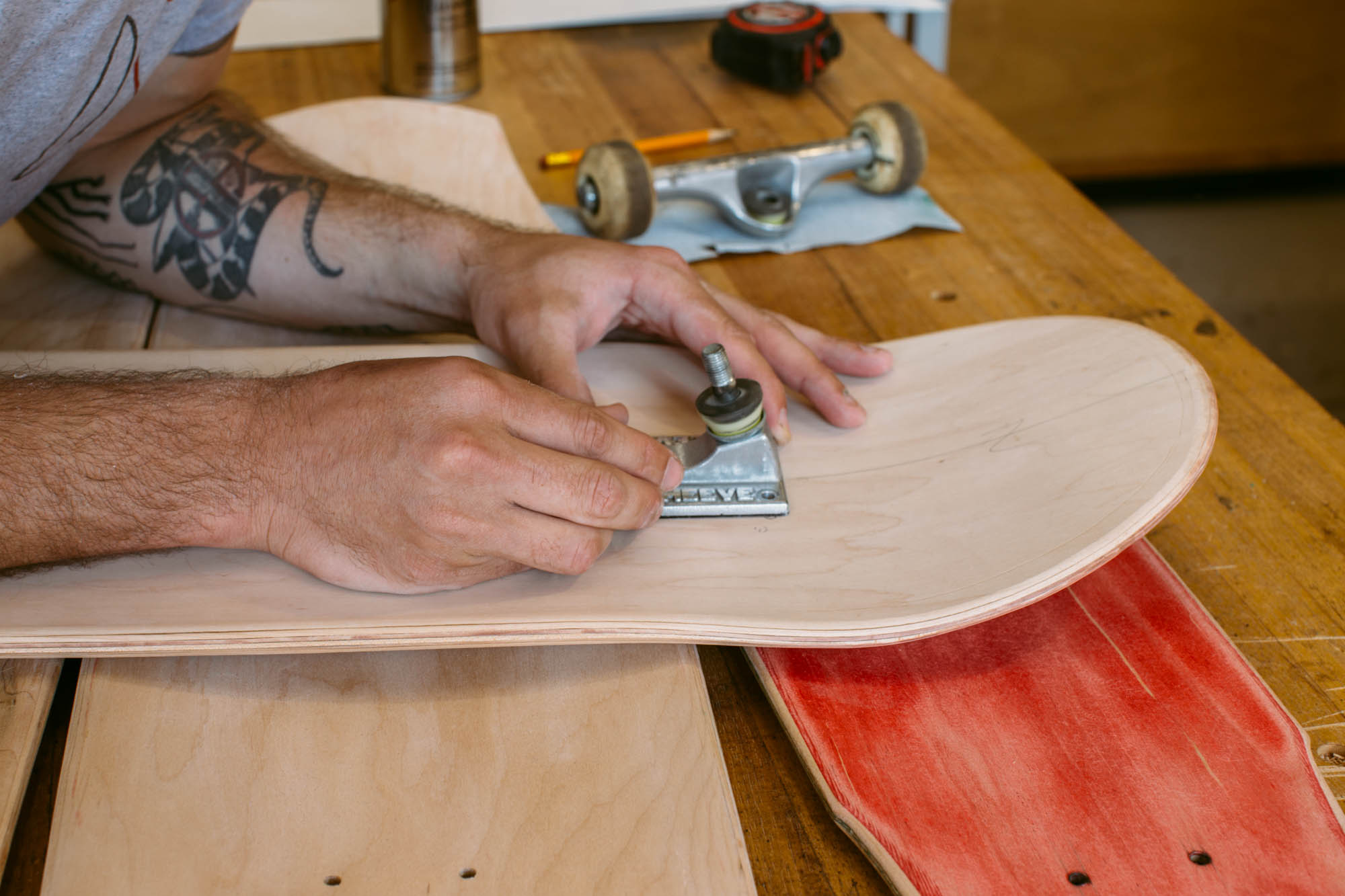 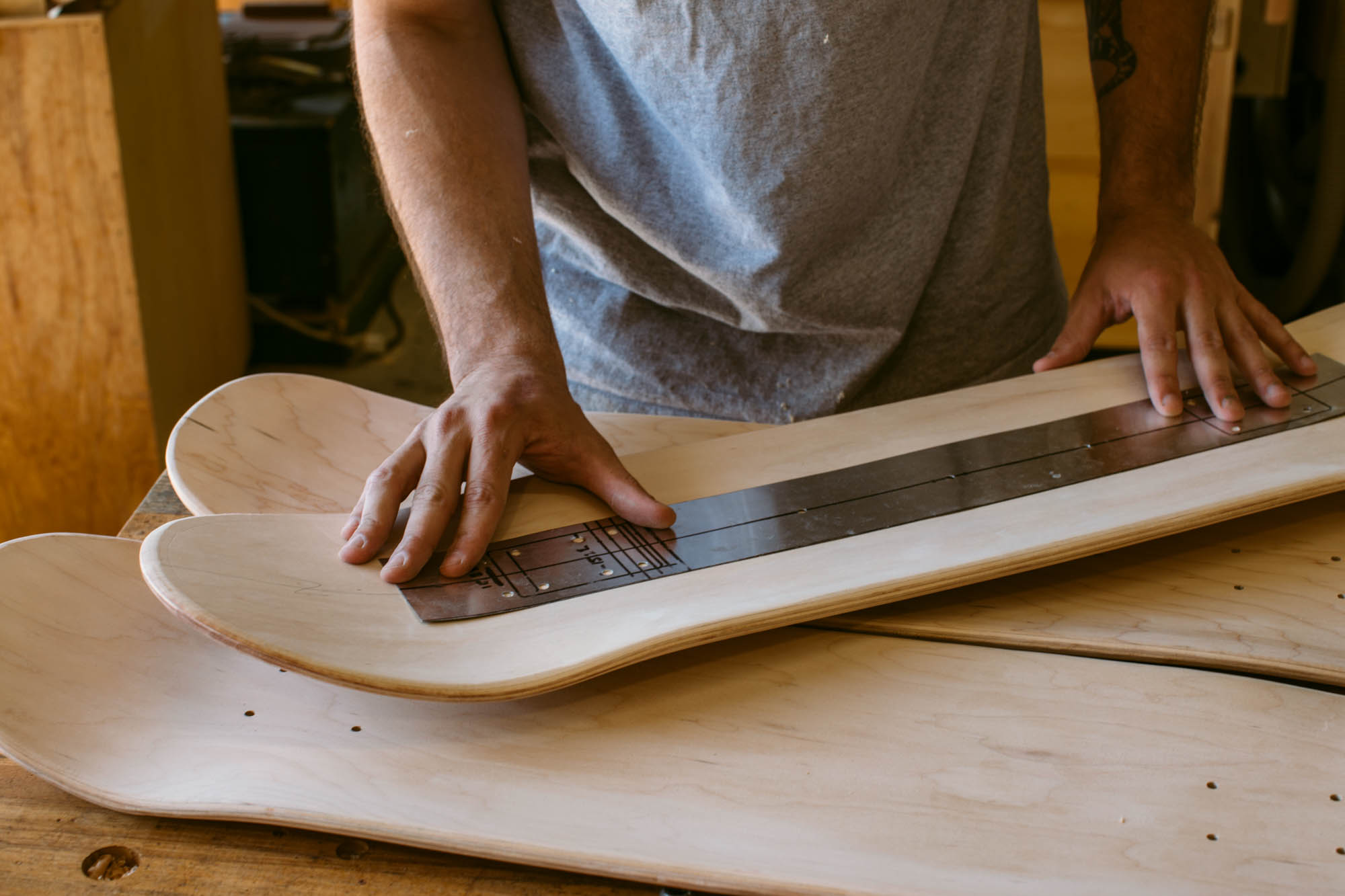 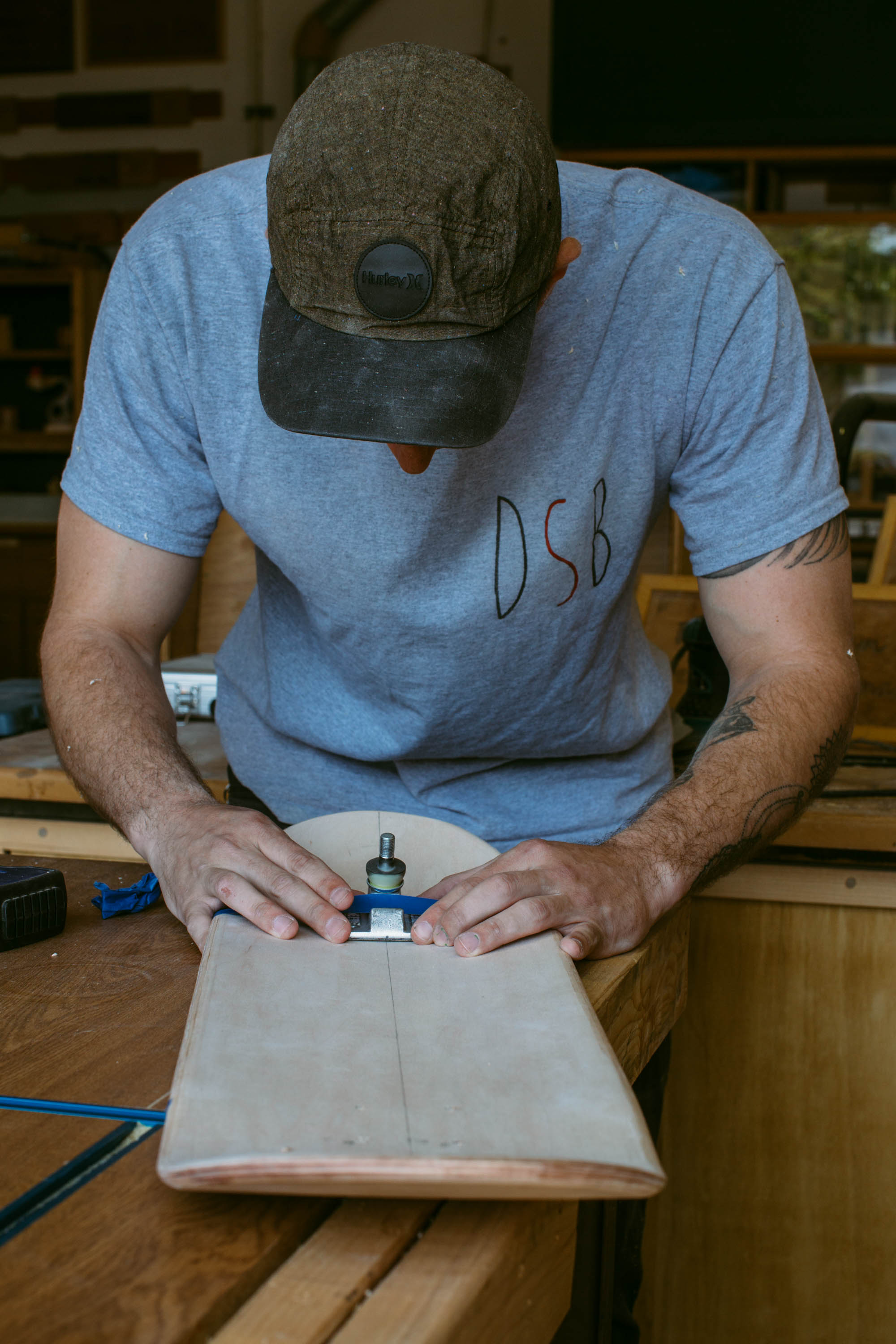 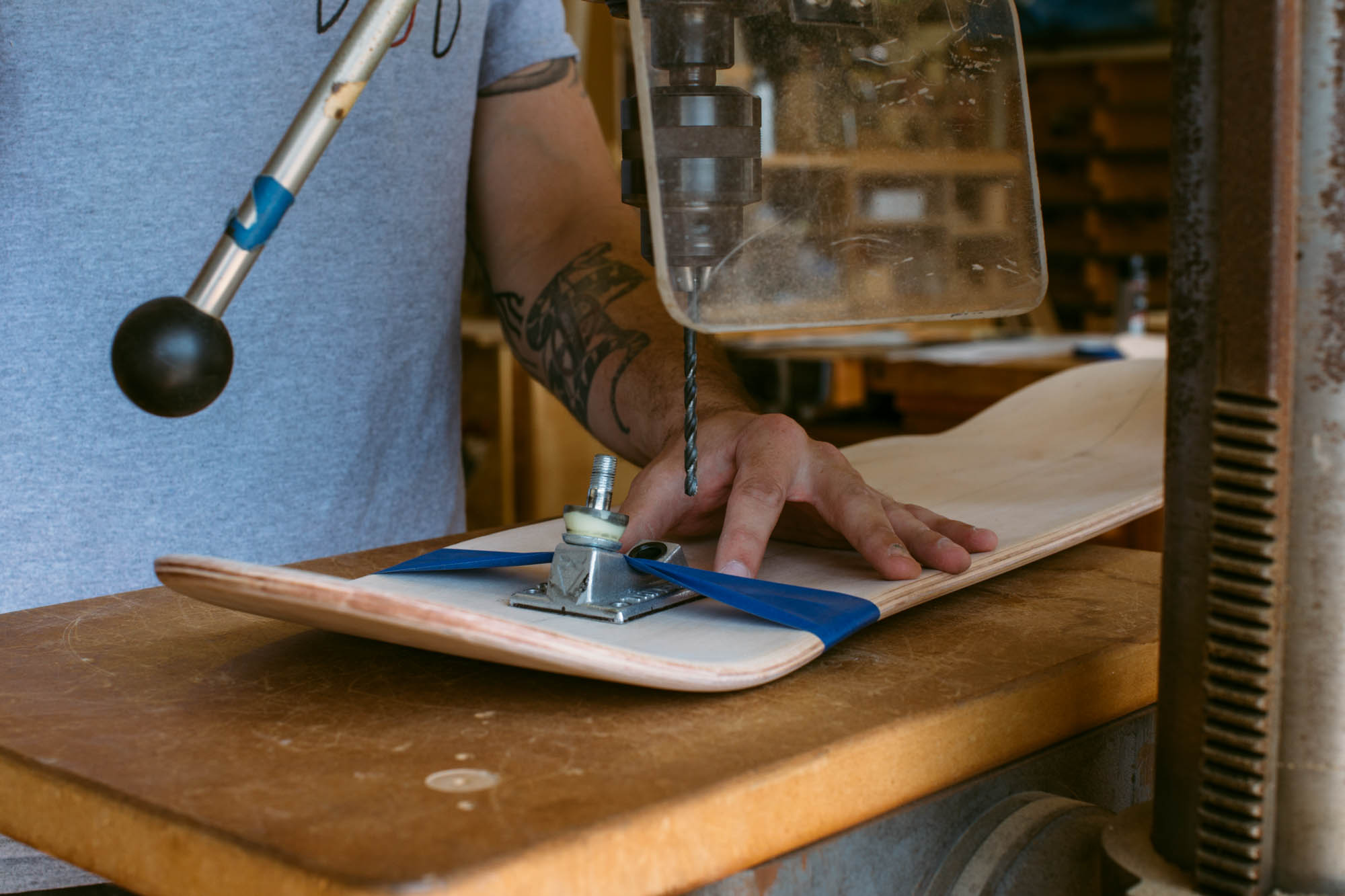 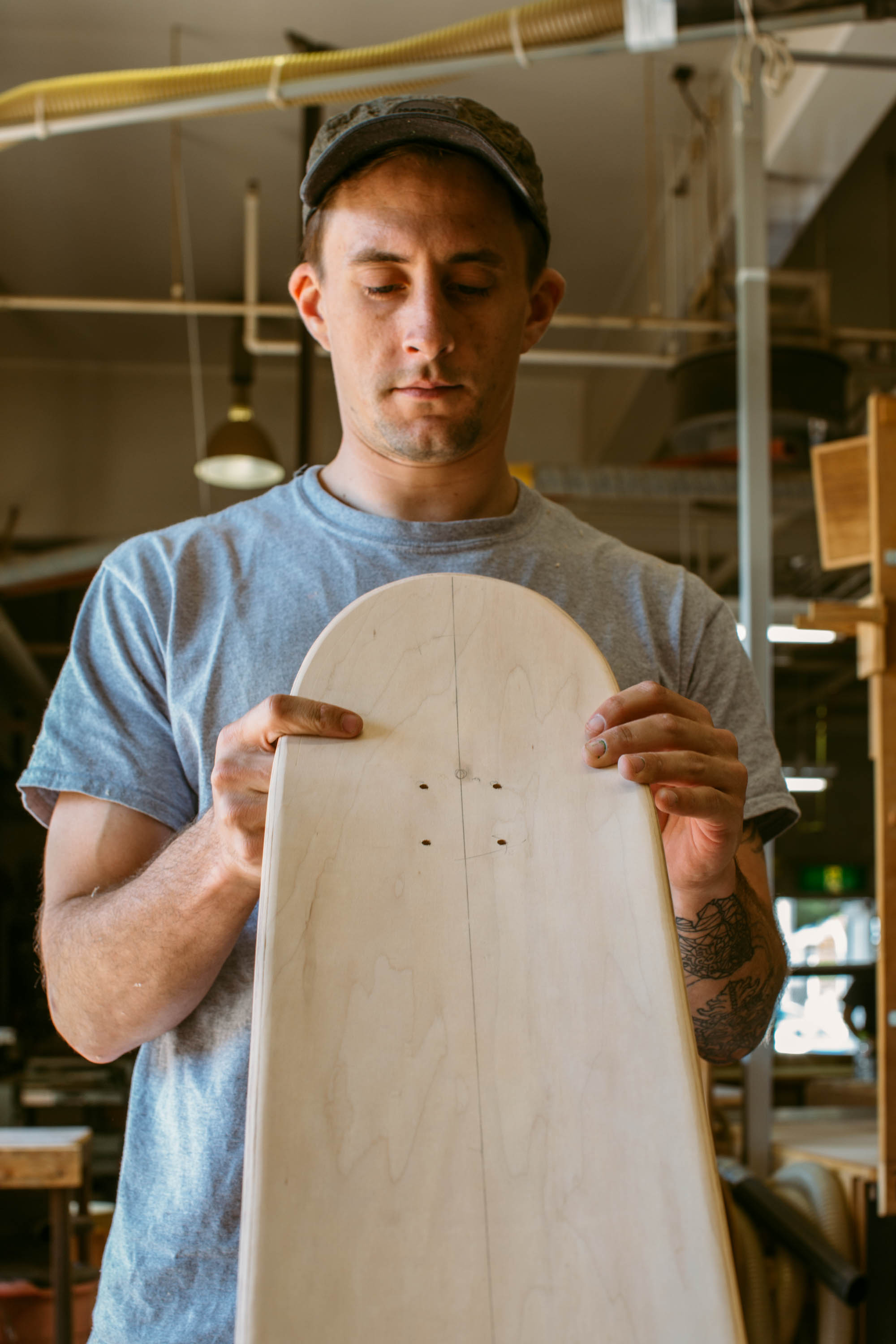 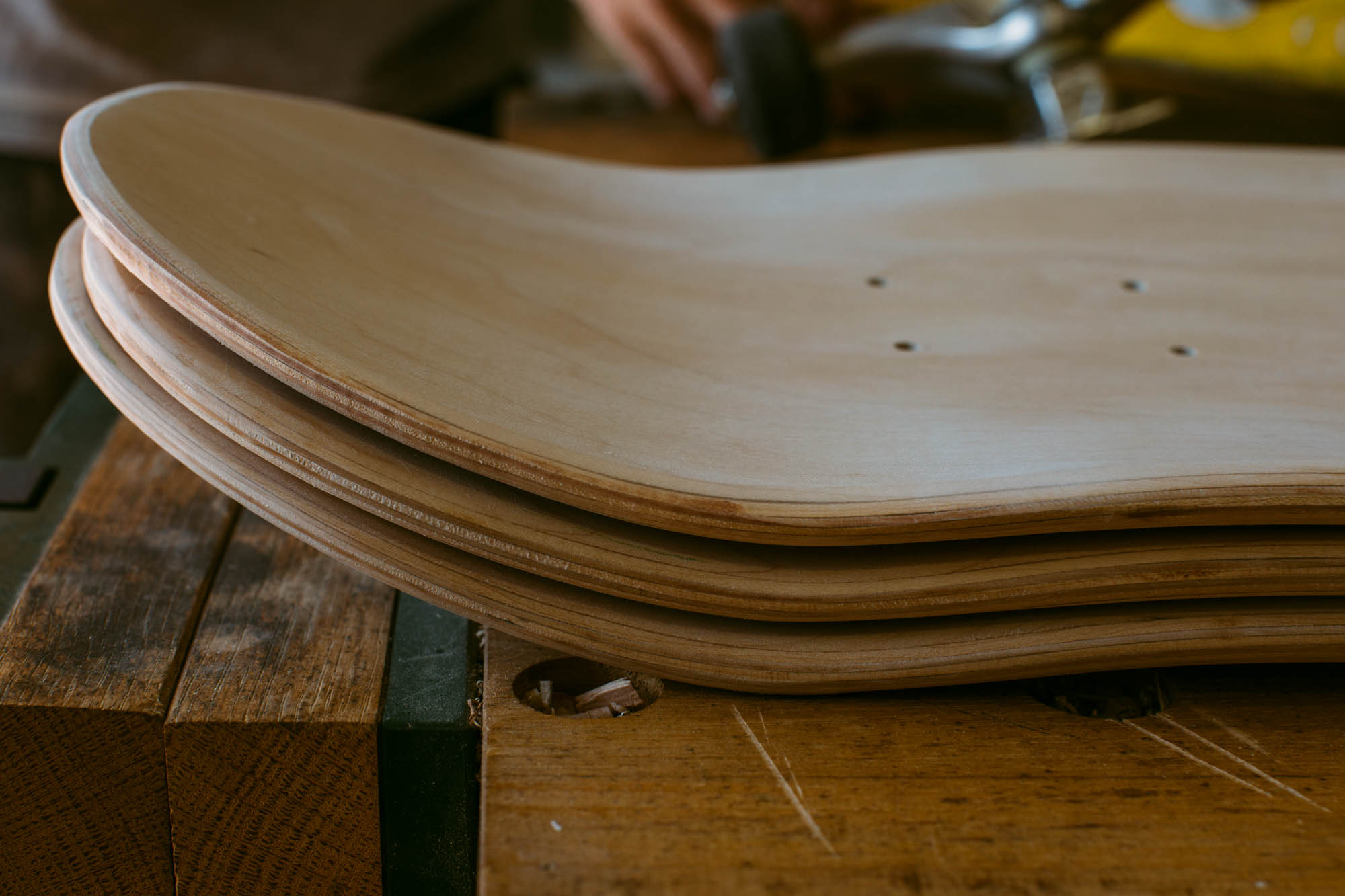 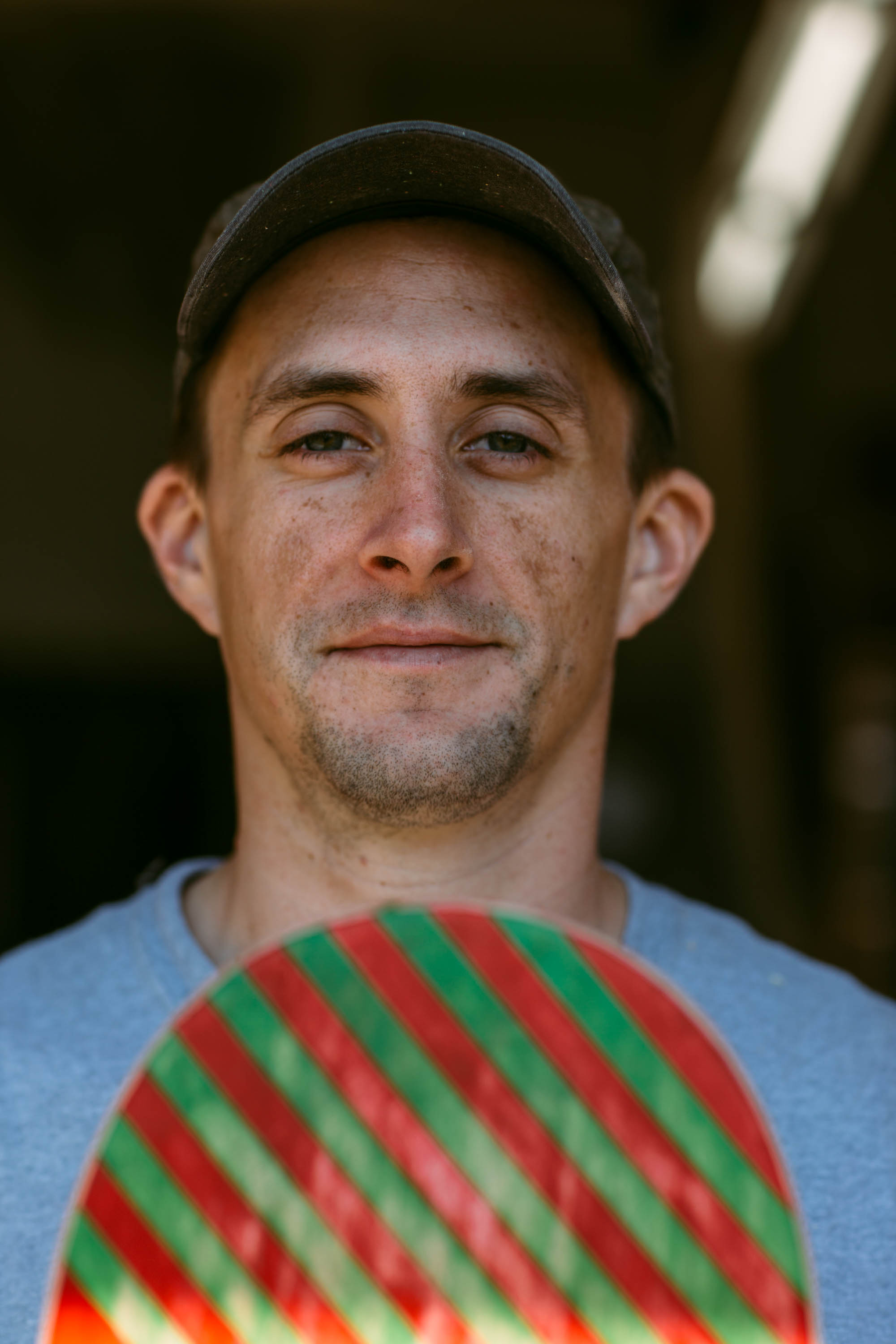 1. Tell me about your favorite scene from your favorite movie?  This is a hard one. I would probably have to re-watch a couple of my favorite movies to sort out what would be my favorite scene. However, off the top of my head, the scene in Step Brothers as Will Farrell is driving up with his mom and he seemingly made these medical associations/schools into a person that he claimed to have smoked pot with cracked me up.

2. How did you get started with building skateboards?  I started with building skateboards after I had a talk with my buddy, Jordan, about the company he is associated with, Headstone Skateboards. I was interested in the idea of becoming more involved in the skateboarding community, which he is doing. Most board companies now will outsource for decks and then apply their “brand” to the decks and market them from there. I couldn’t stand the idea of selling someone else’s craft as mine. So I did a lot of research on how decks are made, ordered all the necessary materials for decks, built my pressing system, and went at it!

3. What’s the most interesting thing about you we wouldn’t learn from your resume or social media?  I was the lead guitar player for a pretty killer band called, Vegas Masquerade. This was around 2009-2011ish. We released a pretty good EP called “Don’t Bring a Knife to a Gun Fight,” and we were, pretty much immediately, signing with a record label called Standby Records. Standby went and re-released our EP on all the big websites like iTunes, Napster, and so forth. We went on to play some awesome shows then split up because of some differences in recreational habits between the vocalist and everyone else. It sucked, but I def miss those times. I still play now, but much more low-key. I will enter back into the music scene with a little more fire once I return stateside.

4. What are your favorite shoes for skating?  I really like the feel of the Janoski Hyperfeel’s and Busenitz Pro’s. They are really strong and comfortable shoes that look pretty stylish as well. I always go with suede when it comes to a shoe I will skate in. It’s a durable material and will lengthen the life of your shoe.

5. What are your top three favorite books and why?  Toa Te Ching for Everyday life – This book was handed to me during some hard times. This book cannot be read in just a session or two’s deep. 88 chapters of 2-3 pages each that are meant to be deeply read into. I have read through many of the same sections more than once, and each time I have taken a different meaning to the chapter. It’s very spiritual. To anyone looking for a boost in spirituality or just looking to up the positive images of oneself and others, I would recommend this book first.

The next book is along the same line of personal betterment – ‘The Subtle Art of Not Giving a F*ck’. Most people cringe at this title. I love this title, and I have always thought life was an art of not caring, which sounds terrible… but it’s not! It’s not necessarily about not caring, but more so choosing what is worthy of your cares. We too often become encompassed by issues that don’t really mean anything… phone is too slow, guy cut me off in traffic, and so on these things don’t mean shit! There are more important things to be concerned with and this book really gives insight on how letting these trivial problems go and worrying only about what really matters to us personally improves the quality of life.

Nikki Sixx’s ”Heroine Diaries” is an interesting read. That guy has been through so much crap! A lot of which was self-inflicted, however”

While reading about his struggles, funny and quite scary, at some points, I felt as if I was there. It wasn’t all glamour and fun for those 80’s rock stars. A good read for those into the glam rock days.

BONUS:  What has been the best advice you’ve received about skateboarding and the business side of it all?  The best advice I had ever received is from an anonymous author, even though I have heard this many times before – Ignore the naysayers.  I was researching how other skate companies came about and almost every damn article was very discouraging when it came to starting one’s own company. Sometimes even straight out saying DON’T DO IT! I couldn’t believe it, I was starting to doubt I could even do it. I finally came across an article that didn’t hide the tribulations of starting a skate company but, in the end, mentioned all the people that discourage a new brand from continuing and said ignore those losers. I can’t believe now that I let myself think I couldn’t get this far. I’m not saying that I have made it. I still acknowledge the fact that I have a long way to go and many hurdles to jump, but if it weren’t for that read, I would still be on my couch.

Straight Out of France